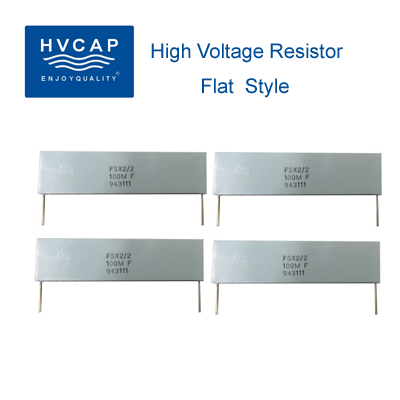 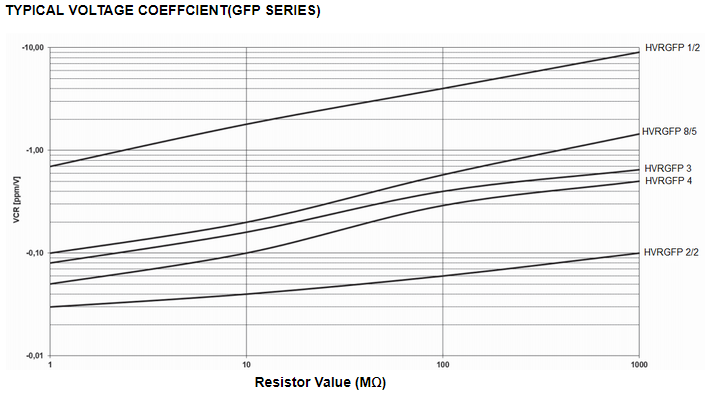 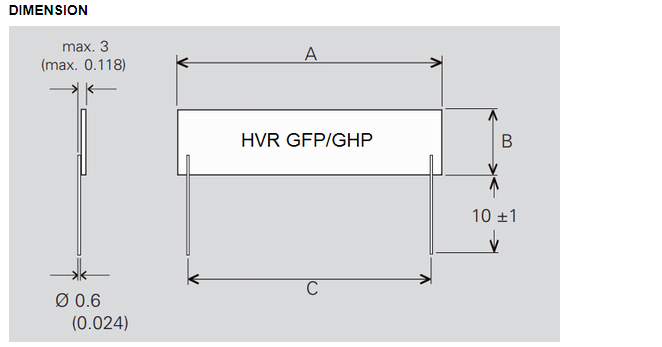 Thin film and thick film resistors are the most common types in the market. They are characterized by a resistance layer on a ceramic substrate. Although they may look very similar, their properties and manufacturing processes are quite different. The name comes from different layer thicknesses. The thickness of the film is about 0.1 microns or less, while the thick film is about thousands of times thick. However, the main difference is the method of applying the resistance film to the substrate. The film resistor  has a metal film which is vacuum deposited on the insulating substrate. Thick film resistor is made by baking special paste on substrate. Paste is a mixture of glass and metal oxides. The film is more accurate, the temperature coefficient is better and more stable, so it can compete with other high-precision technologies, such as wire winding or block metal foil. On the other hand, thick films are preferred for applications that are not strictly required because the price is much lower.

The resistance layer was sputtered (vacuum deposited) on the ceramic substrate. This produces a uniform metal film of about 0.1 microns. Alloys (nichrome) of nickel and chromium are commonly used. They are produced with different thickness of layers to adapt to a certain range of resistance values. The layer is compact and uniform, which makes it suitable to trim the resistance value by subtraction. By photoetching or laser trimming, patterns can be created to increase resistance paths and calibrate resistance values. The base material is usually alumina ceramics, silicon or glass. Usually, the film is produced as a chip or SMD resistor, but it can also be applied to a cylindrical base with axial leads. In this case, the term metal film resistor is more often used.
Thin films are usually used for precision applications. They have relatively high tolerances, lower temperature coefficients and lower noise. For high frequency applications, the properties of the films are better than that of thick films. Inductors and capacitors are usually low. If it is made into a cylindrical spiral (metal film resistor), the parasitic inductance of the film will be higher. This higher performance requires a certain price, but the cost may be higher than the price of thick film resistor. Typical examples of using films are medical devices, audio devices, precision controls, and measuring devices.
Thick film technology
In the 1970s, thick films began to pop. Today, they are the most common resistors in electrical and electronic equipment. They are usually in the form of SMD and are the lowest cost compared to any other technology.
Resistance material is a special slurry with a mixture of adhesive, carrier and metal oxide to be deposited. The adhesive is glass glass material, and the carrier is in the organic solvent system and plasticizer. Modern resistor size is based on ruthenium, iridium and Rh oxides. This is also known as cermet (ceramic - metallic). The resistance layer is printed on the substrate at 850 ℃. The base material is usually 95% alumina ceramics. After the paste is burned on the carrier, the film becomes glass, which can prevent moisture well. The following diagram schematically describes the complete firing process. Thickness is in order of magnitude of 100 microns. This is about 1000 times that of the film. Unlike the film, this process is cumulative.high voltage ceramic resistor.
The temperature coefficient is usually 50 ppm to 200 ppm / K. The tolerance is between 1% and 5%. Because of the low cost, thick film is usually preferred when high tolerance is not required, low TCR or high stability is required. Therefore, these resistances can be found in almost any device with AC plug or battery. The advantage of thick and thin technology is not only to reduce cost, but also to deal with more power, to provide a wider range of resistance value and to withstand high surge conditions.